Celui-ci tout d'abord : These bike parking pods are designed to sit in a parking space 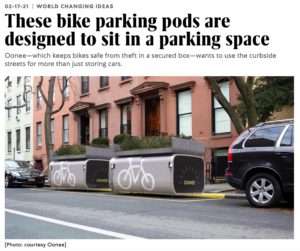 There are roughly 3 million parking spaces on New York City streets, most of which can be used by drivers for free. One New York-based startup wants to repurpose some of them for storing bikes, not cars.

Oonee, which already operates a couple of larger walk-in kiosks where cyclists can securely store bikes for free at major transit hubs, wants to now begin placing smaller curbside pods in parking spaces throughout the city. The system is simple to use: After someone signs up for the app and provides proof of identity, they can unlock the door to a pod and lock their bike (or scooter) to a rack inside; the mini version can hold up to 10 bikes, along with a public bike pump. Founder Shabazz Stuart, whose own bike was stolen three times over five years, recognized that the city needed better bike storage infrastructure.

Curbsides weren’t always dominated by cars in New York; until 1950, cars weren’t allowed to be parked overnight in Manhattan. Today, though many drivers still feel entitled to the curbside space, there’s a move to shift some of it to other uses. Some parking spaces have been taken away for bike lanes or bus lanes. During the pandemic, other parking spaces were given to restaurants for curbside dining. Some people have advocated for eliminating free street parking completely.

Stuart believes that transforming just 5% of parking spaces for more sustainable transportation would make a difference, and he’s making the case with community groups. “We believe the right way to engage the public writ large is to present a vision to communities for how public space can be used to provide benefit,” he says. “If it’s a compelling vision, community support will follow. There’s a lot of precedent for that. Bikeshare in New York City takes up parking spaces, it takes a sidewalk space, but we’ve largely come to believe that hey, this is a valuable use of space, right? 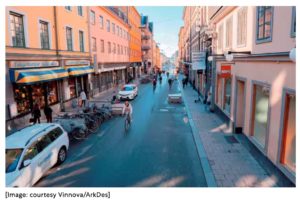 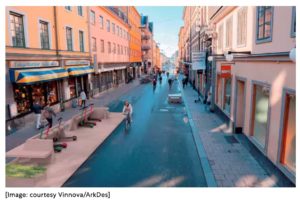 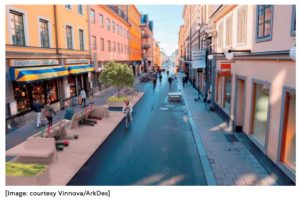 Sweden is testing designs to help activate individual blocks, in what it calls “1-minute city” designs.

It’s the hyperlocal version of the 15-minute city, the concept—now being implemented in Paris—that it should be possible for people living in an urban neighborhood to reach their daily needs, from grocery shopping to work or school, within a 15-minute walk or bike ride. The idea of the one-minute city isn’t quite as literal: It doesn’t mean that everything you need is on one block. But it demonstrates how streets might transform within neighborhoods where walking and cycling are prioritized over driving. 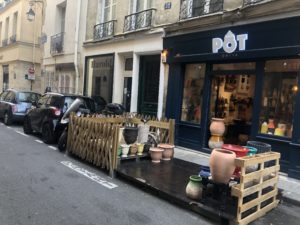